Hearken now unto the depths of mental scurvy borne from three grown men spending every waking hour together on a video game, and when left unsupervised, try to remember what it is to form useful sentences that aren’t primal communications for coordinated attacks.

Who’s up for a social experiment? Reaper, Wookiee and Pj have been left home alone for way too long. If you’d like to hear the end result of a lack of adult supervision, and nobody around to say no to an excess of video games and snacks, tune in!

84. Your Tube Sock Is Showing

You can thank us now, about 3/4 of this recording has been removed due to the fact that half of the gang bailed on the other half of the gang that has spent more time than a 40 hour work week over the last week doing nothing more than playing online, resulting in 3 “grown” men trying to drum up an interesting conversation and failing miserably while becoming punchy and overly sick of hearing themselves talk. What remains is chatter about socks, digital babies topped off by us trying to prank call Lily at work. We apologize if we made a mess.

My friend (who donated all the music we ever use for the podcast) has released some new tracks! Check them out: Cool Music

This week on pj and the gang we find out how to fight militias, Wookiee runs out of gas, Fisi receives a “large package”, Cortana spies on Pj, Brazen throws bar stools, Lily talks tampons (again), and Reaper goes on panty patrol. 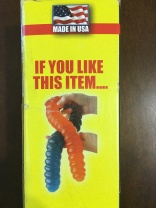 View the GiF Brazen shared during the ep.

Join in the laughs as we find out if Brazen stays awake for Star Wars, Fisi finds a new workout, possibly in a cab and Lily gets a bouquet from the last person she expects.

Feel free to email us at pjandthegangpodcast@gmail.com.

The holiday break is over, back to business.

No new episode this week due to the holiday break. If you haven’t listened to the last episode please do, you don’t want to miss the donkey show at the end!